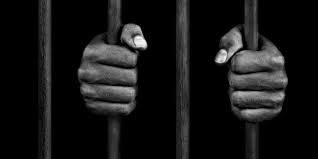 Since I have gotten many requests to either share or email my death penalty research from several people, I decided that I would publish the entries here, on my blog. The portfolio I completed was a combination of months of research on the subject of women and race, in relation to the administration of the… END_OF_DOCUMENT_TOKEN_TO_BE_REPLACED

As I sat there behind my desk uninterestingly flipping through emails on my phone, a blind classmate entered the room, guide dog in tow. As she helplessly fumbled, tripped on her own feet and headed to the wrong desk, the classmates present just watched. To my dismay, five minutes had passed; five minutes I sat voiceless, watching with the rest of them. For five minutes I refused to help because after all, no one else was. It was the realization that, while researching the Holocaust and how Hitler could have had such an impact on his men to where they would commit systematic murder and then defend it with, “We did what we were told,” or, “We did it because the extermination of the ‘imperfect’ race was the duty of all Germans,” was the same principle of conformity exhibited by myself and my classmates. Although our indiscretion was on a small scale compared to Nazi Germany, the idea that anyone could be affected by this, is frightening. In comparison to the Nazi’s, I had also heard about another unfortunate case highlighting the bystander effect and the power of conformity. In the 1960’s a woman was stabbed on a New York street. The dozens of tenants living in the lofts and apartments above the crime scene stood at their windows, witnesses to the crime. Although they heard the woman's scream, no one tried to help or intervene. The women ran around the corner where she was stabbed eight more times by the attacker before lying dead on the sidewalk. There were thirty seven witnesses to the crime; only one passer-byer called for help after it was too late. 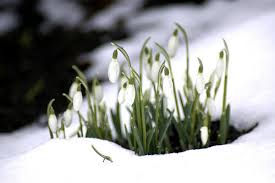 Hastily I rubbed my eyes; it was hardly morning when I awoke. Stunned and shivering from the frigid air and the overwhelming pain in my head, I took a moment to let my eyes adjust to the room. The salty taste of blood sat evident in my mouth, a constant reminder of my place here. How long have I been here? What had they done with my family? My mind was a broken record of nagging questions. While wiggling my way off of the cold pine that was meant to be my quarters, the repulsiveness of rotting flesh and emesis flooded my senses. My eyes burned, my mind moved faster than my quivering, exhausted limbs. The echos of sobbing and the redundant whisper of prayer flooded my mind like a slow poison. With an heavy ‘thud’ I hit the ground not knowing where I would go or what I was seeking to accomplish; I just had to get away from here. Small emissions of light shone through spaces between the boards in the wall and illuminated small pieces of my bunkmates faces. Young, scraggly skeletons of men and boys crammed together, packed four and five to a small cubby space. Some had bandages on their heads and scraps of cloth used as makeshift slings. In the far corner a few boys were bouncing around like corn in a kettle, chasing a rat out of their space; or maybe their hunger had gotten the best of them, I wasn’t entirely sure.

"You tell me you still love me, that you cry every night, you say you don't know what went wrong or why we used to fight. You ask me why I have left you, why I've done the things I have, put all this space between us and all I can do is laugh. You'll… END_OF_DOCUMENT_TOKEN_TO_BE_REPLACED